Last week we saw the devastation of the earth's destructive power.  My thoughts and prayers go out to all those affected by this tragedy.  While doing some family research I read that a great uncle of mine was in hospital when the 1931 Napier earthquake struck measuring  7.8 on the Richter scale.  The hospital collapsed and he was rescued from the rubble and transferred to the Dannevirke hospital, only to die a month later.

Photo above is the nursing home at the hospital
A 90 year old man was rescued alive from the rubble 3 days after the earthquake struck.
1931 was during the great depression in New Zealand
256 deaths from Napier and Hastings combined.
land lifted 2.7 metres at Ahuriri Lagoon, airport now located on that land
Government loan of 10,000 pounds and built 32 temporary business and 22 professional offices
two years later Napier rebuilt in part to continue business
buildings had to have overhanging veranda's to protect from falling obstructions
Napier rebuilt in the art deco architectural design and is recognised worldwide as an art deco city.
My mother was at school when the earthquake struck, and as all school children in New Zealand are taught you get under your desk or in a doorway when an earthquake strikes, she got under the desk.  This was in Gisborne further up the eastcoast and where I grew up.
I can only say that if I was in Christchurch, I would move out as I find earthquakes absolutely terrifying.
Posted by Jacky at 8:54 PM 1 comment: Links to this post 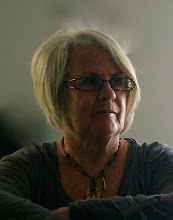